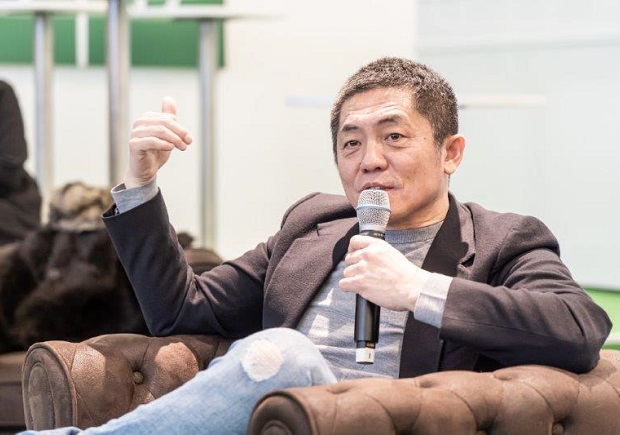 Cai Gongming, CEO of Road Pictures, hosted a panel at the sixth Sino-European Production Seminar on Wednesday 26 February, organised by Bridging the Dragon in collaboration with the European Film Market. He gave in-depth insights to the European audience as to what to expect from the next season in China. Mr Cai has previously acquired titles such as the winner of the Cannes Palme d’Or Shoplifters (which grossed €15 million at the Chinese box office) and the Oscar-nominated Capernaum [+] (€60 million at the Chinese box office).

Many Chinese film professionals have cancelled their trip to Berlin this time owing to the pandemic. Why did you still choose to attend the Berlinale and the market?
Cai Gongming: The impact of the COVID-19 pandemic on the Chinese film industry is tremendous. Many companies in China are facing financial problems and even bankruptcy. But it is not necessarily a bad thing. The grounded ones will still stay in the market. Road Pictures has grown very fast in the last few years, which enables us to better absorb the current crisis. For us, the continuity and stability of the business is very important. That’s why I am here at the Berlinale. I think there is still hope at this difficult time, and we can still turn the crisis into an opportunity.

Will you change the marketing strategy for Marriage Story, given the current circumstances in China?
Marriage Story is a fantastic film. The Chinese audience has very high expectations for this movie and has been looking forward to watching it on the big screen. We will stay firm and will definitely release the film theatrically – there’s no doubt about it. This feature has stoked a lot of hot topics on marriage and relationships on social media in China. We are very confident that we will make it a success at the box office next season.

Do you think the pandemic will somehow change the Chinese film-industry landscape? What should we expect for the coming season?
The pandemic will definitely change the landscape of the Chinese film industry. There will be a reduction in the number of cinemas and screens, since many cinemas have had no income in the first half of the year. There will also be fewer production companies in the market and fewer films being produced this year. The most interesting thing is that some co-productions which are being shot and produced outside of China won’t be affected that much by this situation and may still be released next season. For now, the main focus in China will be on reducing the stock level [of undistributed films], as the theatres should recover in the second half of the year.

In your opinion, what are the prospects and opportunities for collaboration between Europe and China?
There are opportunities for films to be co-produced here in Europe for the Chinese market. As I said, productions have been on pause in China, and the number of films set to be produced in China has largely been reduced. Some co-productions are not being shot in China, so they are not too badly affected by the pandemic, and in fact, they could be among the small batch of movies able to be released next season.